A HEART FOR THIS GREAT CITY

We are a movement of God-honouring believers progressively discipling nations by communicating and demonstrating the Kingdom of God.

Our strategy is to transform the thinking of generations by: 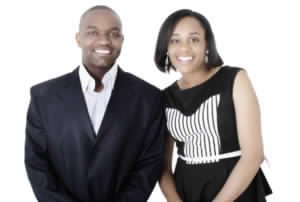 Michael and Fadzai are dynamic leaders with a passion to see God’s people live out their Godly convictions unashamedly. They have a strong teaching ministry that focuses on equipping people to be kingdom ambassadors who are relevant in their generation.

They also have a strong calling to minister to young people and families and their passion has seen them pioneering discipleship groups in the churches that they have been involved in. In 2012, Michael and Fadzai co-founded a youth development organisation called the Right Foundation Institute, which has a mission to foster moral regeneration in young people by informing and encouraging a lifestyle based on Godly values.

Michael works as a consultant in the Construction Industry. He has an Honours Degree in Construction Management obtained at University of Cape Town (2003) and attained a Master in Business Leadership Degree in 2014 with the University of South Africa. Fadzai is a Chartered Accountant by qualification. They reside in Centurion, with their son and daughter, Andrew and Bernice.